Anything that comes between you and your sleep it becomes a problem. Lack of sleep is equal to losing your sanity and resulting in bad outcomes in every task that you try to do or complete. At the same time, sleeping too much is a problem itself. Doing anything too much always has negative effects to it which shows up later in life or as early after you do it.

People with sleep disorders know how tough it is to get sleep and not to sleep when you need to be awake. One suffering from sleep disorder often find themselves waking up in a bad mood and grumpy. The start of the day has to be good for you to wake up from bed and give your energy to people and things the whole day. Lets get to know more about sleep disorders in detail- 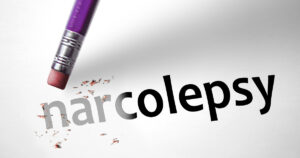 Narcolepsy is a sleep disorder that is chronic. People having narcolepsy get a wave of excessive sleepiness anytime during the day. They tend to sleep anywhere at anytime. They also find it quite challenging to stay wide awake for long hours and are unable to make compromises to their sleep. Cataplexy is a condition associated with Narcolpesy which causes sudden loss in muscler tone triggered by a strong emotion. Narcolepsy that comes with cataplexy is referred to as type 1 narcolepsy. Type 2 narcolepsy is characterised by the absence of cataplexy.

Narcolepsy is a chronic illness with no known treatment. Medication and lifestyle modifications, on the other hand, can help you maintain and control the disorder. Taking help from loved ones can also aid you in controlling sleep attacks. 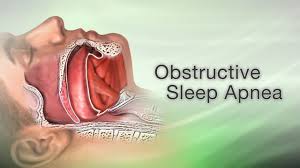 Obstructive sleep apnea disorder is the most dreadfulk disorders among that that almost feels like dying in sleep. It is a condition where the muscles in the nack of the throat relaxes so much that it doesnt allows you to breathe Genrally, it does not allow air to pass and obstruct the upper aiway. These muscles support parts of your mouth like the soft palate, the uvula, the tonsils, and the tongue. This disorder is also seen in kids though the sypmtoms might not be very clear. One should go check with a doctor. No matter how dangerous a disorder this is, everything can be controlled. 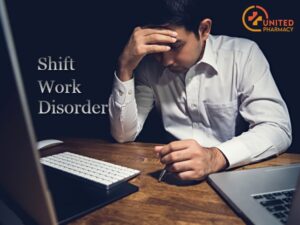 Shift work disorder is a type of situation where the normal sleep routine of a working individual breaks and does not align with the new routine that they are trying to adapt. People with night shift often face this type of sleep disorder. Due to this they face troublesome consequences that affects their mental and physical health and also stops them excelling in their career. There are also chronic night shift workers who find it difficult sleeping at first but later are able of adapt to the temporal sleep-wake dysregulation.

The excessive sleepiness that comes with SWSD is also result in poor social relationships, marital problems, and being irritable. Many workers choose the option of taking caffeine and treat their own sleepiness at work. Recently, it was shown that Modafinil & Armodafinil makes people more alert at work and reduces accidents on the way home.

Tags:
Obstructive Sleep Apnea & Shift Work Disorder, What is Narcolepsy
Newer What is Attention Deficit Hyperactivity Disorder (ADHD)? Best Solutions to Treat
Back to list
Older What Leads to A Major Narcolepsy Disorder?

What is Narcolepsy? Narcolepsy is a long-term sleep disease. Patients going through medical conditions like narcolepsy have severe daytime sleepiness and sporadic sleep attacks. It is a chronic neurological condition that...