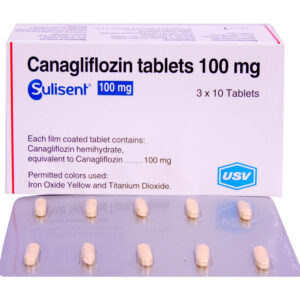 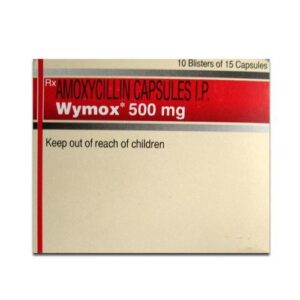 It was on 26th December 2002 that Eletriptan or Relpax 40mg got official approval for clinical use from the United States of America (USA) Food and Drug Administration or FDA. This drug is only available via prescription in Canada and the USA.

Relpax 40mg is an anti migraine medicine that contains Eletriptan. It helps to relieve headech caused by acute migrain attacks by reducing the effects or intensity of migraine headache. It is used to treat the symptoms of migraine including nausea, vomiting, sensitivity to light/sound. Replax 40mg (Eletriptan 40 mg) belongs to the calss of triptans works on certain natural substance (serotonin) that narrows the blood vessels by reducing the swelling of the blood vessels surrounding the brain

Replax 40 mg tablet is used as an abortive medication in the treatment of migrain to block furher migraine attacks. ‘Eletriptan’ is the chief component of migraine relieving drugs we know by the brand or trade name Relpax 40mg. This medication is also famous for having the capacity to abort a ‘Migraine’ attack while it is in progress. It is Pfizer. It was responsible for its development and marketing.

However, it would help if you remembered that you could not use Relpax 40 mg to manage hemiplegic or basilar migraine. This medicine reduces the swelling surrounding the brain whenever a migraine or headache attacks. This medication is available in two strengths, i.e. 20 mg and 40 mg.

How does Relpax 40mg Tablet Works to Trigger The ‘Disruption’ of a Migraine Attack?

The unique selling point or USP of Relpax 40mg is that it works quickly by directly attacking the root cause of the migraine. It does so by reducing the swelling in your brain that usually occurs during a migraine attack. Besides, this medicine also blocks the release of substances from nerve endings to trigger more pain and other symptoms like sensitivity to light, sound, and nausea. The combination of these actions makes Relpax 40 mg a drug you can rely on to relieve migraine symptoms.

What are The Uses of Relpax 40mg Tablets ?

It is mainly to defeat a ‘Migraine’ attack that you use Relpax 40 mg. However, there is a possibility that you can use it to treat other medical conditions. Get more information about its other usage by contacting your doctor or pharmacist.

How to Take Relpax 40mg Tablet ?

If you want to consume Relpax 40mg effectively without suffering from mild-to-severe side effects, you take it per your pharmacist’s instructions.

They are as follows:

Do not take migraine medicine like Relpax 40 mg for more than ten days per month.

When to Take Relpax 40mg Tablet ?

Before you take Relpax 40mg to treat a severe migraine attack, it is necessary to understand when to do so. Here is then presenting to you a few criteria for taking this medicine.

What are The Dosage Guidelines of Relpax 40mg Tablet ?

For Relpax 40mg, the doctor will usually prescribe an initial dosage in the schedule ranging from 20 mg to 40 mg to treat a migraine episode. If you still get an attack two hours after taking the first dose, you can take a second dose. However, you should take 80 mg of this ‘Migraine’ medicine within twenty-four hours.

Your doctor will usually prescribe Relpax 40 mg as per your needs. Although, you must ensure that you take this drug responsibly per your doctor’s instructions to avoid experiencing severe side effects that may prove fatal.

While taking a dosage of Relpax 40 mg, there is a possibility that you may, due to carelessness, miss a dose or also overdose on it. It is, therefore, necessary that you take the following precautions:

Usually, you must only take a dose of Relpax 40 mg as needed. The possibility of skipping a dosage is rare. If you miss a dosage, you need to call your doctor.

There are, unfortunately, times when you may overdose on Relpax 40 mg. It is because overdosing will give rise to serious side effects, including heart problems. In such a situation, you must contact your doctor or a healthcare centre to seek medical assistance immediately.

What are The Side Effects of Taking Relpax 40mg Tablets?

A host of side effects can occur when you take Relpax 40mg. They are as follows:

Besides, there are also several serious side effects which you can experience after taking Relpax 40 mg. They include:

When Relpax 40mg combines with a few medications, it leads to drug interaction, causing an increase in the severity of side effects, serum concentration, metabolism, and a rise in hypertension levels. They are as follows:

Pros and Cons of Using Relpax 40mg to Disrupt A Migraine Attack:

Like, all products, a medicine like Relpax 40mg will consist of several ‘Pros and Cons’. They are as follows:

While Taking Relpax 40mg, What Precautions do You Need to Take?

Relpax 40mg is a ‘Migraine’ medication; when you use it can trigger a few risk factors, including the following:

Therefore, you should make sure that you inform your doctor before using Relpax 40 mg if you have had either heart problems or renal or kidney issues.

Also, suppose you have taken stimulant medication for medical conditions such as depression, nausea, vomiting, Parkinson’s disease etc. In that case, this is mainly because these drugs can interact with Relpax 40 mg to cause a severe condition known as Serotonin syndrome.

A top-rated medicine you can use instead of Relpax 40 mg, possibly because of ‘Allergy’ issues, is Relert.

If you intend to protect the efficiency of Relpax 40mg, there are a few guidelines you need to follow that are as below:

On consuming Relpax 40mg, it begins to exert its effect on your body within two hours. However, you must be aware that it may also start to act in the body as quickly as thirty minutes for a few people.

Q. When do you need first to take Relpax 40mg?

It is almost at the onset of a ‘Migraine’ attack that you must use Relpax 40mg. Therefore, it means that the earlier you take this medicine, the more quickly it helps treat a migraine.

Q. Does Relpax 40mg provide you relief from migraine symptoms?

Yes, on taking Relpax 40mg, you do experience fewer migraine symptoms. A patient who uses this medication feels less nauseous and sensitive to sound and light.

Q. What are the chemical names of Relpax 40mg?

The chemical names of Relpax 40mg are as follows: 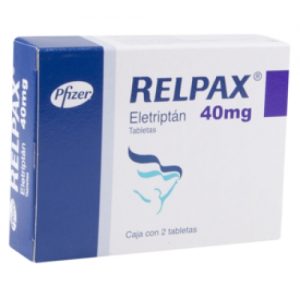