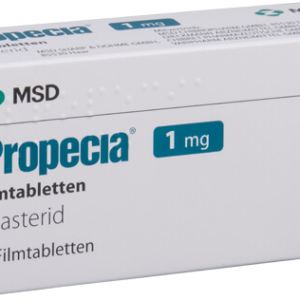 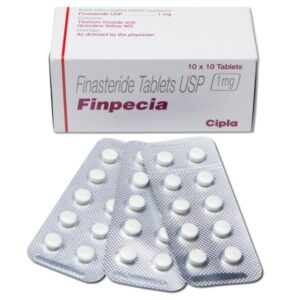 Alopecia areata is an autoimmune condition that causes hair loss or baldness in certain areas in a patch-like manner. These circular patches can start as one, then overlap and become noticeable. This condition of hair loss arises when the immune system attacks the hair follicles and this can escalate due to severe stress. Alopecia can affect your scalp or entire body including eyebrows, eyelashes, etc. which can be temporary or permanent. Numbers of trials and errors occur while suggesting a perfect treatment for hair loss which may or may not suit the patient. The most commonly prescribed drug for treating hair loss is Propecia 5mg.

The American Academy of Dermatology states that around 88% of men have shown hair growth after taking Propecia 5 mg. Along with Androgenic Alopecia, Propecia 5mg is also prescribed for treating benign prostatic hyperplasia which is a very common condition in men. Benign prostatic hyperplasia is a condition in which the prostate glands began to enlarge causing symptoms in the urinary tract. Propecia 5mg was initially produced for the treatment of this condition.

Propecia 5mg is used for treating early forms of baldness and hair loss in adult men. Customarily, this drug is prescribed to men but in rare cases, can also be used by women with hair fall problems. The contraindication is for pregnant and lactating women.

Propecia 5mg is an FDA-approved, prescription medication. It is an easily accessible drug that comes in a film-coated, oral form of a tablet. Generic forms of Propecia 5 mg are also available, but may not be available in different strengths. While you are on active treatment with this medication your doctor will frequently monitor your blood levels to avoid side effects. Whilst Propecia 5 mg effectively works for most men, it might not work for everyone.

What is Propecia 5mg?

Propecia 5mg is a brand medication and must be consumed under a doctor’s prescription only. The active component in this drug is Finasteride. This drug is very commonly used for reversing the miniaturization of hair follicles. Propecia 5 mg can reduce hair loss in all areas of the scalp, but it is most beneficial on the crown.

Propecia 5mg is prescribed for the treatment of male pattern hair loss or benign prostatic hyperplasia in men with enlarged prostate glands. This drug is also used as an off-label drug for treating excessive hair growth in women and for transgender women as a part of hormonal therapy due to its anti-androgenic effects. Doctors also suggest Propecia 5 mg to patients with prostate cancer.

Propecia 5mg which is widely used in the dermatology department of medication, falls under the classification of 5α-reductase inhibitor. Treatment with Propecia 5 mg productively reduces the dearth of baldness and provides symptomatic relief for benign prostatic hyperplasia. Discontinuation with this drug can cause a reverse in the restorative benefits that have occurred within 6-8 months. The use of Propecia 5 mg in children and old-aged adults is unknown, hence not prescribed to them.

Propecia 5mg is either prescribed alone or in combination with other medication for treating your condition. One drawback this drug has is that it will only work until you use it. Hair growth on other parts of the body is not influenced by the use of Propecia 5 mg.

How does Propecia 5mg Tablet Work?

In the case of benign prostatic hyperplasia, Propecia 5mg increases testosterone levels which decreases the size of the prostate glands. Additionally, Finasteride present in this drug suppresses the formation of other anticonvulsants. Sudden withdrawal of Propecia 5 mg can sometimes result in reversed effects within a span of 12months, but this depends on your body and its adjustment to the drug.

In the past few decades, people have preferred buying medicines online to avoid any trouble. With the increasing demand for online pharmaceuticals, there is an exponential growth in the market but choosing the best online pharmacy is a real struggle. Unitedmedicines.com is a credible online pharmacy where you can buy Propecia 5 mg tablets online from Unitedmedicines.com at low price in California, New York, Texas, Florida & everywhere in the USA< UK & Australia and get your items delivered to you at the comfort of your home. We at unitedmedicines.com are loyal to our patrons and wish to provide you with the best of services. Multiple payment options include credit card, debit card, visa, UPI, and cash on delivery. Not just Propecia 5 mg, but you can also buy your ED medications, painkillers, smart drug medications, inhalers, diabetes medicines, and many more at unitedmedicines.com.

What are The Uses of Propecia 5mg?

The single drug Propecia 5mg corresponds to several conditions effectively. Initially, Propecia 5 mg was produced for the treatment of benign prostatic hyperplasia to treat enlargement of the prostate. Then after noticing its effects which resulted in increased hair growth, it was later approved for treating hair loss or androgenic alopecia.

In some women with hirsutism (excessive hair growth), doctors suggest taking Propecia 5mg. Transgender women are also recommended this drug as a part of their hormonal therapy. However, the efficacy and safety of Propecia 5 mg for this purpose are limited.

In men above the age of 55, Propecia 5 mg is used to reduce the risk of prostate cancer. This drug is occasionally prescribed to patients with urinary tract retention problems also. Using Propecia 5 mg for recreational purposes is not advised.

How to Take Propecia 5mg Tablet?

Take Propecia 5mg tablet by mouth, once in 24 hours with or without food. If you have stomach abnormalities, then  take your medication after you have your meal. There is no specific best time to take Propecia 5 mg. For best results,  take your medication at the same time each day. Since this is a prescription drug, you must solely follow the instructions given by your doctor about its usage and dosage guidelines. Stay hydrated while being on this drug. You may read the instructions leaflet provided with Propecia 5 mg.

Do not divide or crush the tablet; swallow the film-coated pill as a whole with a glass of water. Also, do not take Propecia 5mg by dissolving it in water.

If you have forgotten to take Propecia 5 mg and it’s almost time for your next dose, then skip the missed dose. Never plan on taking an extra dose assuming that it will display fast or better results. Taking an extra dose will only increase the risk of health degradation.

If you discontinue taking Propecia 5 mg, then you will possibly lose the hair you have gained in the twelve months of treatment with this drug. You must inform your doctor if Propecia 5 mg is not serving expected benefits.

What are The Dosage Instructions While Taking Propecia 5mg?

Propecia 5mg is a prescription medication and must be taken under a doctor’s supervision. The dosage and the strength of the drug are decided after examining your medical condition and the expected response to the drug. Traditionally, the lowest form of Propecia 5 mg is indicated and, if needed, the dosage and the period of treatment is increased for expected results. The allowed dosage in adults is 5mg at the most, in a day. In patients with weak metabolism or any health conditions; a smaller dose of 1mg of this drug is suggested to be taken in a day. The period of dosage varies in every person. In general, Propecia should be consumed daily for three months or more; until you see noticeable benefits. To sustain the benefits you must continue using this drug on periodic re-evaluation.

For more dosage guidelines, you may consult a doctor. Do not suddenly stop taking Propecia 5mg without your doctor’s consent. Chances of experiencing side effects may lessen if you inform your doctor about all your conditions; to which your doctor will subsequently decide on suggesting Propecia 5 mg. Propecia 5 mg does not affect kidney functioning; therefore, no dosage adjustments are needed in men with kidney impairments.

What are The Side Effects of Propecia 5mg Tablets?

side effects are as below:

Some of the above side effects are usually mild and may ward off in a couple of days or weeks, but if you notice a persistent nature of these side effects, then; you may need emergency medical help. Fewer of these sexual side effects can continue even after you have discontinued taking the medication. If you are consistently facing sexual dysfunctions after quitting Propecia 5mg, then; you must immediately seek medical help to avoid further damage.

You must talk to your doctor or pharmacist if you have any concerns about the side effects associated with Propecia 5 mg. If Propecia 5 mg triggers any other life-threatening health issues, then you shall stop using this drug.

Before taking Propecia 5mg, you must inform your healthcare provider if you have any of the following conditions:

Who should Not Use Propecia 5mg Tablets?

What Medications to Avoid While Taking Propecia 5mg Tablets?

Interactions of certain medications with Propecia 5mg may not go well on your body, leading to unfavorable health complications. These interactions might infuriate the side effects and put your health at stake. You must always inform your doctor about your prescription, non-prescription, or any herbal/multivitamins you are using.

Below is a list of medications you must strictly avoid combining with Propecia 5 mg.

If you encounter serious symptoms after taking any drug along with Propecia 5mg, then immediately rush to your healthcare provider. This drug might unknowingly interrupt laboratory tests; hence make sure to inform your lab technician or doctor if you are using this drug before your blood test.

What are The Contraindications for Taking Propecia 5mg?

Women who are potentially or may be pregnant can not take Propecia 5mg. Patients with liver disease or bladder muscle disorder or urination problems can not take Propecia 5 mg. Those who suffer from depression or serious anxiety and have suicidal thoughts are objected to taking this drug or similar medications as such. Breastfeeding mothers must also avoid taking this drug for the component of this drug could pass through milk. Patients suffering from high-grade prostate cancer or breast cancer can not take Propecia 5mg due to the increased risk of life-threatening consequences. Patients with already existing sexual disorders may pose a risk of complete sexual damage after taking Propecia 5 mg, hence contraindicated for such patients.

What are The Pros and Cons of Taking Propecia 5mg?

Q. How do I know if Propecia 5mg is working for me?

During the first 3-6 months of Propecia 5mg, you may observe the shedding of hair. This is accounted as an indication that Propecia 5 mg is working for you.

Q. How long does it take for Propecia 5mg to show its results?

Q. How long does it take for DHT enzymes to restore after Propecia 5 mg?

DHT levels restore within 14 days of discontinuation of Propecia 5mg.

Q. Will I go bald even after taking Propecia 5 mg?

It depends on how early you start taking Propecia 5 mg. Those who have taken Propecia 5 mg at the first sign of hair fall won’t go bald.

As Propecia 5mg can avoid hair loss only when it is actively present in your body, you may have to take it for years to prevent hair loss. 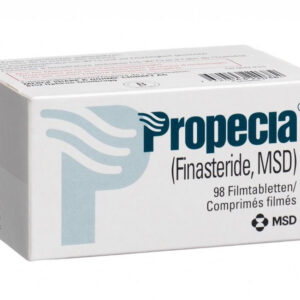