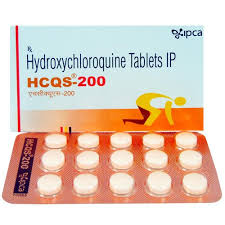 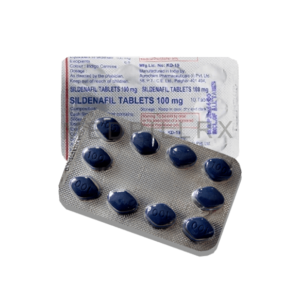 While experts continue to look for the most effective medications to combat COVID-19 (coronavirus disease), a variety of pharmaceuticals have been recommended by them for both prevention and treatment of the fatal pandemic-causing disease. For example, Remdesivir, Hydroxychloroquine, Dexamethasone, Corticosteroids, Ivermectin, and other medications are included in the prospective panel of pharmaceuticals for pandemic-inducing virus prevention and therapy, to mention a few. These medications have been shown to be effective in alleviating mild to severe symptoms of various infections.

We’ll learn more about Iverheal 6 mg, which is a generic brand of the drug Ivermectin that is used to treat lice. The Food and Drug Administration (FDA) recently added Ivermectin to a list of possible medications that can aid in the treatment of the virus symptoms. Iverheal 6, manufactured by Healing Pharma, is one of the leading medications when treating parasitic infections. After the discovery of Ivermectin (salt composition of Iverheal 6), Its founders received Nobel Prize for Medicine when proven to be the best antiparasitic agent found.

What is Iverheal 6 mg?

It is available in generic form. Iverheal 6 contains Ivermectin-6 mg as an active anti-parasitic ingredient. It helps to treat parasitic infections associated with intestinal tract, skin, and eyes, including onchocerciasis (river blindness), strongyloidiasis, scabies, heartworm, acariasis, and other parasitic infections. The coronavirus has been shown to be inhibited by Iverheal 6 mg (Ivermectin), according to a small number of research investigations. However, experts are still split and unable to reach an agreement on whether or not Iverheal should be used in its entirety in virus-affected patients.

How does Iverheal 6 mg Tablet Work?

Iverheal 6 mg interferes and damages the nerve endings and tissues of insects and parasites (helminths). 6mg tablet of Iverheal isolates the parasites and binds their nerve endings to secrete the chloride ions which are harmful and end up killing the helminths. Iverheal 6 (Ivermectin) is an anti parasitc drug used to kill parasites that produce harmful infections like Strongyloidiasis, river blindness, trichuriasis, and ascariasis.

What is The Best Way to Take Iverheal 6 mg Tablet?

Take Iverheal 6 mg exactly as per the prescription of your doctor. Its dose is determined by the kind and severity of the health condition linked with it, and it varies from person to person depending on the situation. When determining the dosage unit of Ivermectin-6, the patient’s body mass and age are both important considerations. Patients may be instructed to take it in a single dosage or in a series of doses, depending on the severity of their ailment.

In most cases, it is taken on an empty stomach first. In most cases, you will only need to take it once to get rid of your illness. If, on the other hand, you do not feel better after taking it, consult your doctor. Drink plenty of fluids and avoid coffee while taking this medication in order to get the greatest benefit from it.

What are Other Iverheal 6 mg Substitutes That You might Want to Consider?

If getting one’s hands-on Iverheal 6 mg proves problematic, or if Iverheal-6 fails to deliver the desired outcomes in the first place, the option of employing an alternate medicine to Iverheal 6mg is accessible.

The following are some examples of Iverheal 6mg alternatives to consider:

When should Iverheal 6 mg be Avoided at All Costs?

You should refrain from consuming alcoholic beverages when taking an Iverheal 6 mg Tablet. When taken together, it has the potential to cause withdrawal symptoms as well as other harmful consequences.

If you are planning to use Iverheal 6 mg during pregnancy, see your doctor first because it is quite likely that she will experience complications. In spite of the absence of human research, animal studies have demonstrated negative consequences for a developing infant during the course of a pregnant woman’s pregnancy. You should consult with your doctor before beginning treatment with Iverheal 6mg. He or she will weigh the advantages and disadvantages of the option before recommending it to you.

According to some sources, Iverheal 6 mg is safe for breastfeeding women; nonetheless, it should not be taken unless it has been prescribed by a medical professional beforehand. According to the scant human evidence available, the medicine does not appear to do any significant harm to the infant.

People with kidney difficulties should avoid using Iverheal 6 mg. according to the latest available research. There has been relatively limited research into the use of Iverheal-6 pills in the treatment of renal disease in adults. Please consult with a medical professional.

It is currently unknown whether Iverheal 6mg is safe to use in patients who have liver disease or other liver disorders. There has been relatively limited research into the use of Iverheal 6mg pills in the treatment of liver disease in adults. Please consult with a medical professional.

What should You Do If You Fear You’ve Taken Too Much Iverheal 6 Tablets?

Consult with your doctor, immediately notify the poison control center or go to the nearest doctor’s office if you suspect you have taken an excessive amount of Iverheal 6 mg. In the case that significant symptoms develop as a result of excessive consumption of Iverheal-6 tablets, call emergency services immediately by dialing 911. Call the Poison Control Center at 1-800-222-1222 for assistance.

When two or more medications interact with one another, this is referred to as a drug interaction. It is never a good idea to take Iverheal-6 mg in conjunction with other drugs. It is important to be aware of the risks associated with taking two or more drugs at the same time Provide your doctor with a list of any other medications you intend to use while taking Iverheal-6. Iverheal 6mg is a prescription medication. Ensure that you have a complete list of all of your medicines and that you give it to your doctor. Do not use this drug for recreational purpose

When using Iverheal-6 mg, there are usually specific medicines or foods that should be avoided. If they interfere with or impede the outcomes or effects of the medicine, unfavorable repercussions may ensue. As a consequence, the advantages of Iverheal should be maximized, while the hazards should be reduced to an absolute minimum.

Iverheal may interact with a number of drugs, and this list may not cover all of them. Any medical issues you have now or have had in the past six months, as well as any medications you are taking or plan to take, must be disclosed to your doctor. This is quite important.

Iverheal 6mg has the potential to interact with the following drugs:

You can buy Iverheal 6 mg tablets from Unitedmedicines.com online to effectively treat many health problems. Rest assured to get the best out of the medicine and achieve long-lasting results from its usage.

We at Unitedmedicines.com provide the best quality brand as well as generic medications that are FDA-approved. At Unitedmeds.com, you can get medicines at flat discounts, free shipping, fast and free delivery, and cash on delivery (COD). We provide 24/7 customer support service that is unbeatable in terms of efficiency and support. All the medications you purchase from Unitedmeds.com are FDA-approved, safe & 100% certified products. You can purchase the medications through several payment methods such as credit card, UPI, debit card, smart card, visa & others in New York, Texas, California, Florida & everywhere in the USA, UK & Australia.

Iverheal 6 mg is a medication that is fully risk-free to use. Ivermectin, the active component, has been approved by the FDA.

Q. Is it possible to take Iverheal 6mg to alleviate the symptoms of the virus?

Only a few trials have shown that Iverheal-6 is beneficial at alleviating the symptoms of the virus. Despite this, there has been little progress toward reaching a consensus on whether it should be used directly to treat coronavirus.

Q. What is the mechanism of action of Iverheal 6 mg?

Q. Can I Use Iverheal 6 mg for animals?

Q. What happens if I forget to take a dose of Iverheal 6 mg?

If it has only been a few minutes after the missed dose was supposed to be taken, then it should be taken as quickly as possible. If this is the case, skip it. Do not combine your missed dose of Iverheal 6mg with your next dose of the medication. 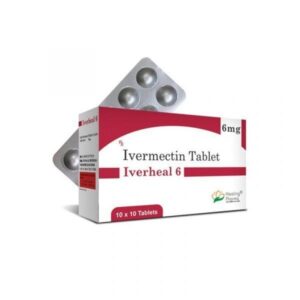