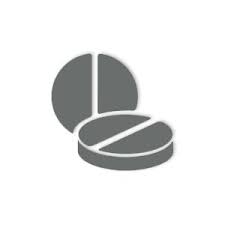 Attentrol 40mg is also known as Stattera contains 40 mg of Atomoxetine Hydrochloride as an active ingredient. Attentrol 40mg (Atomoxetine 40 mg) is a selective norepinephrine reuptake inhibitor contains Atomoxetine used to treat attention deficit hyperactivity disorder (ADHD – a behavioral disorder in children marked by poor concentration, hyperactivity and learning difficulties). It can be prescribed with or without psychostimulants.

Attentrol 40mg (Atomoxetine Hcl 40mg) Capsule is a medicine used in the treatment of attention deficit hyperactivity disorder. It works to develop attention span, concentration and reduces impulsive behavior in a student.

What are The Medical Uses of Attentrol 40mg Capsules ?

Attentrol 40mg is a cognitive enhancer used to develop memory, attention & alertness in children suffering from poor concentration, hyperactivity & learning difficulties. It works to increase norepinephrine and dopamine levels in the brain. Initially, Attentrol 40mg was developed with the intention to treat depression and make it work as an anti-depression which later proved efficient for the treatment of depression. Attentrol 40 mg is mainly prescribed for the treatment of attention-deficit/hyperactivity disorder (ADHD). Attention Deficit Hyperactivity Disorder (ADHD) is a common neurodevelopmental disorder commonly diagnosed in the childhood stage and patients struggle with paying attention and including signs of hyperactivity and impulsiveness.

How does Attentrol 40mg Capsule Work?

Attentrol 40mg is a noradrenaline reuptake inhibitor (NRI) medication prescribed to treat Attention Deficit Hyperactivity Disorder (ADHD) which is a common neurodevelopmental disorder commonly diagnosed in the childhood stage and patients struggle with paying attention and including signs of hyperactivity and impulsiveness.

We can consume this medicine alone or combine this medicine with other psychostimulants. Psychostimulants are psychotropic substances that have the ability to stimulate the central nervous system causing an elevation in mood, making you excited, increasing alertness, and stimulating arousal.

Attentrol also works as a cognitive enhancer which helps to improve attention and increases your alertness. It also helps to improve your memory. It helps patients going through ADHD by improving their attention span and helps them reduce their hyperactivity or impulsive behaviors.

What are The Dosage Guidelines of Attentrol 40mg Capsule ?

Attentrol 40mg should be used under a doctor’s prescription only and you need to consult your doctor regarding the dosage query always. Children patients in the age group of 6 to 15 years with the medical condition of ADHD have a dose range of 1.2-1.8mg per kg per day depending upon their height, weight, and severity of the medical condition. The doctor may or may not increase the dosage depending upon the patient’s condition and body weight. It works effectively for children in the age group of 6 to 15 years who are going through a medical condition called ADHD.

When and How to Take Attentrol 40mg Capsule ?

Attentrol 40mg is used for Attention Deficit Hyperactivity Disorder to develope memory, attention, impulsive behavior control & alertness. It is an oral Capsule and you should consume this medicine only with a doctor’s prescription. Attentrol 40 mg treats Attention-Deficit/Hyperactivity Disorder (ADHD) and doctors initially tell you to consume Attentrol 40 mg once a day and gradually increase your dosage after three days into one time daily or divide it with a duration gap of 12 hours.

What If One Misses A Dose of Attentrol 40mg?

If you miss any dose of Attentrol 40mg then try to take it as soon as possible and if your next dose is near then skip the previous dose in order to avoid double dosing and prevent any kind of side effects due to overdose. Inform your doctor regarding the same.

What Happens When You Overdose on Attentrol 40mg?

Overdosing on any medicines should be avoided in order to prevent side effects and consequences that can turn fatal to your health. Even though Attentrol 40mg contains Atomoxetine which is mostly non-toxic in nature, overdose needs to be avoided. Overdose on this medicine can lead you to experience certain symptoms like:

What are The Side Effects of Attentrol 40mg Capsules ?

Medicines tend to have side effects which can affect patients’ health in both direct and indirect ways. Side effects of Attentrol 40mg include:

Who should Avoid Attentrol 40mg ?

There are certain body types that are unable to tolerate certain chemical substances. Every medicine has a certain type of limitation for some types of people and a person should inform their doctor about their past medical history or any kind of allergies they have before consuming any type of pill. If a person or child has any of the following conditions then please take care of it and inform your doctor before consuming Attentrol 40 mg:

What are The Medicines to Avoid While Treating with Attentrol 40 mg?

What are The Alternative Medicines for Attentrol 40mg?

Attentrol 40mg is a non-stimulant that is FDA approved drug and some of the alternative medicines of Attentrol 40 mg are:

Attentrol 40 mg (Strattera) is a non-stimulant drug contains Atomoxetine as an active FDA approved ingredient prescribed to treat attention deficit hyperactivity disorder (ADHD). It can be combined with or without psychostimulants. Attentrol works as a cognitive enhancer which helps to improve attention increase your alertness, and improves your memory.

Attentrol 40 mg has a shelf life of 5.2 hours to 21.6 hours in the body. Do not use this medication without a doctor’s prescription and doctors initially tell you to consume Attentrol 40 mg once a day and gradually increase your dosage after three days into one time daily or divide it with a duration gap of 12 hours.

Q. What does the drug Attentrol 40mg do?

Q. What does Attentrol 40 mg make you feel like?

After consuming Attentrol 40mg you will feel more altered, and your attention will improve along with a boost in memory.

Q. Is Attentrol 40mg a stimulant or depressant?

Attentrol 40mg is a non-stimulant medication intended to treat Attention Deficit Hyperactivity Disorder (ADHD). Initially, Attentrol 40 mg was developed with the intention to treat depression and make it work as an anti-depression which later proved efficient for the treatment of depression.

Yes, it does. Attentrol 40mg is a non-stimulating drug that helps to improve your concentration in turn sharpening your focus. So, it helps you to focus.

Q. How long does it take for Attentrol 40mg to kick in?

Usually, patients feel the difference after consuming Attentrol 40mg after two weeks but sometimes it may take 4 to 8 weeks for this medicine to come into effect.

Q. Is ADHD a disability?